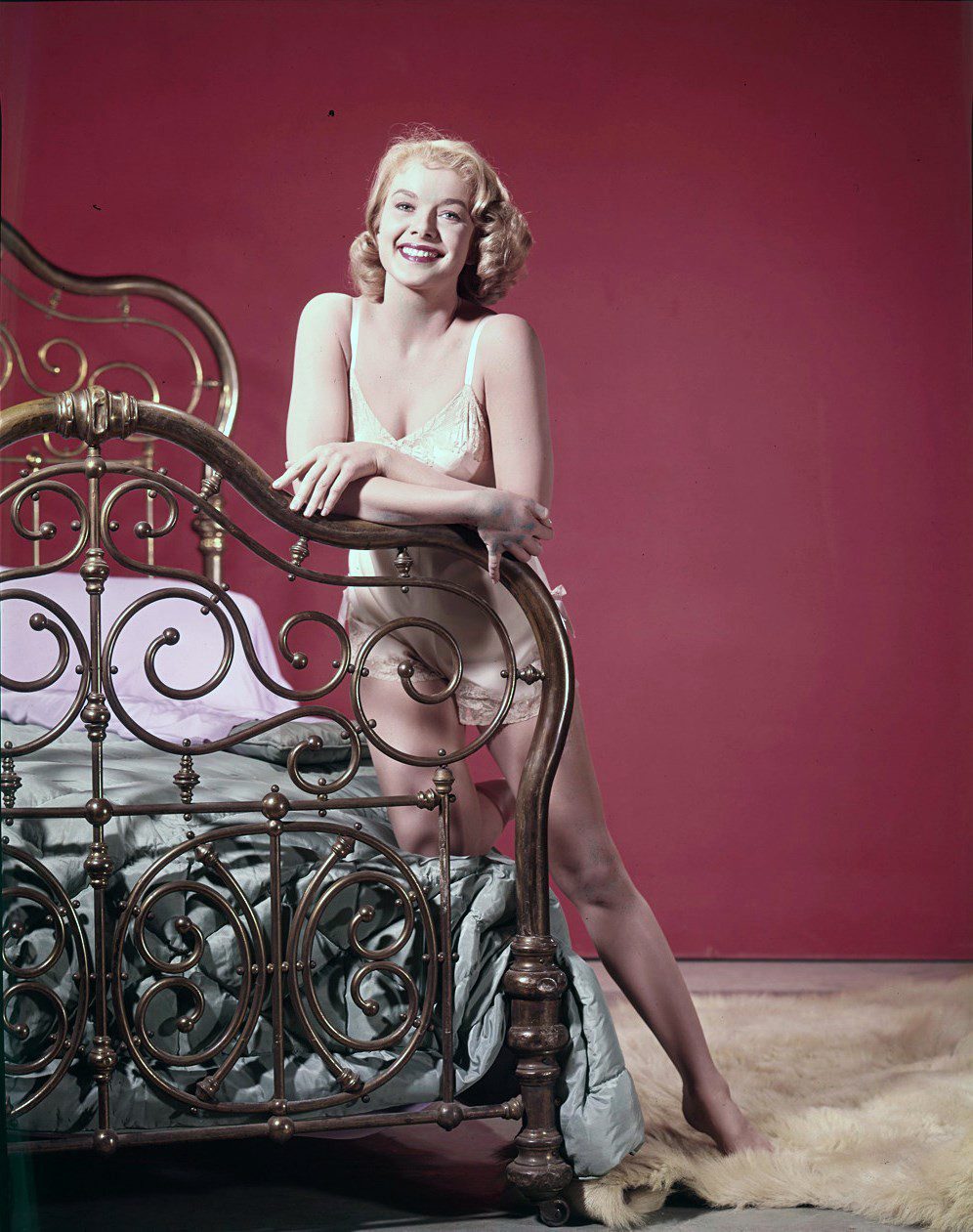 Parrish co-starred/guest-starred in numerous films and television shows throughout the 1960s and 1970s. She first gained wide attention in her first starring role as Daisy Mae in the movie version of Li’l Abner (1959), where she changed her name from Marjorie Hellen to Leslie Parrish at the director’s request.[8] She appeared in the film The Manchurian Candidate (1962), playing Laurence Harvey’s on-screen fiancée , Jocelyn Jordan. Other film credits include starring opposite Kirk Douglas in For Love or Money (1963) and Jerry Lewis in Three on a Couch (1966), among others.